‘Ephemeral Captured’ oil on 20″ x 20″ canvases, is a small collection of paintings that are intended to illustrate and capture fleeting, transformative moments, painted on canvas from memory.  This work was featured in the ‘International Contemporary Artists Book. Volume X’ published in 2015. 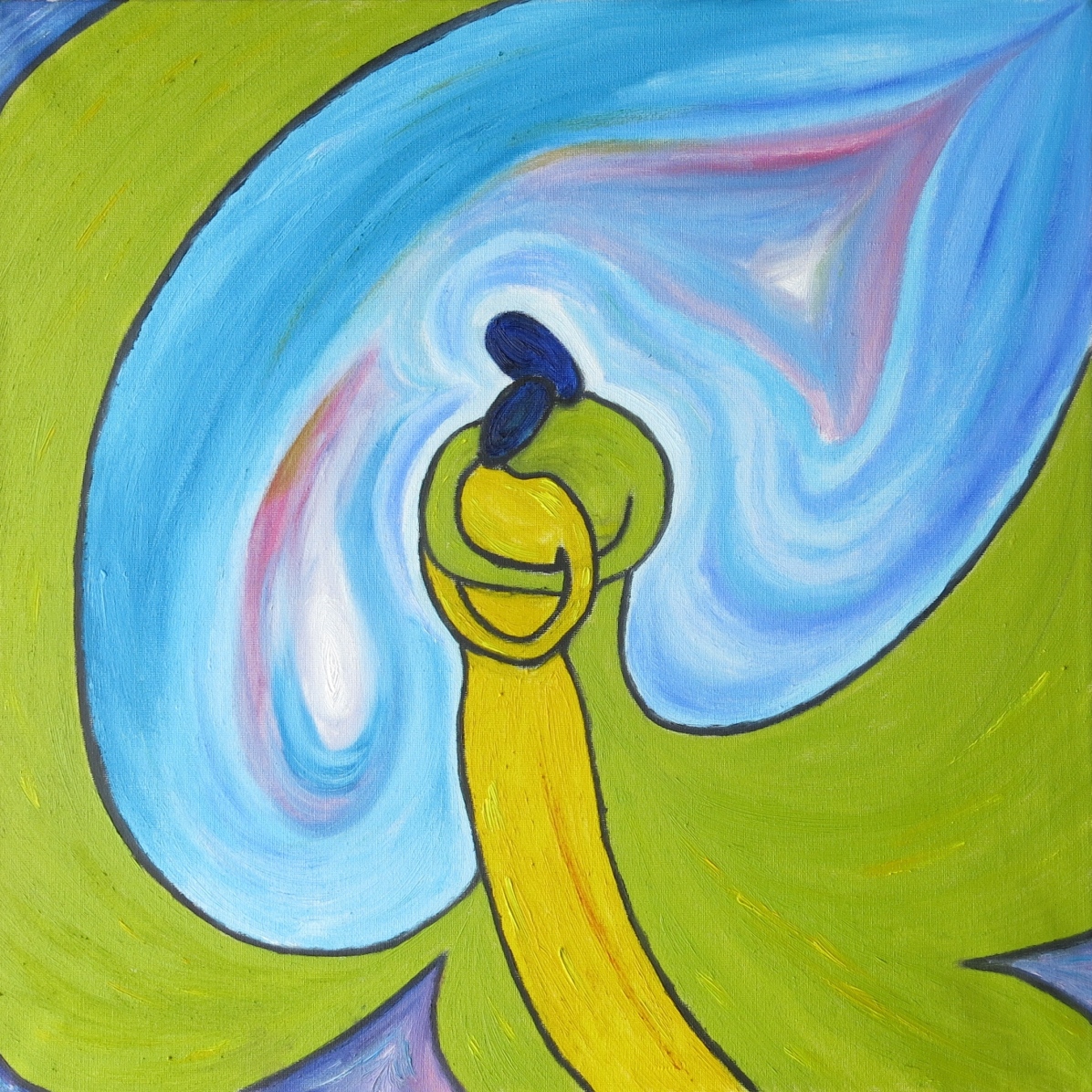 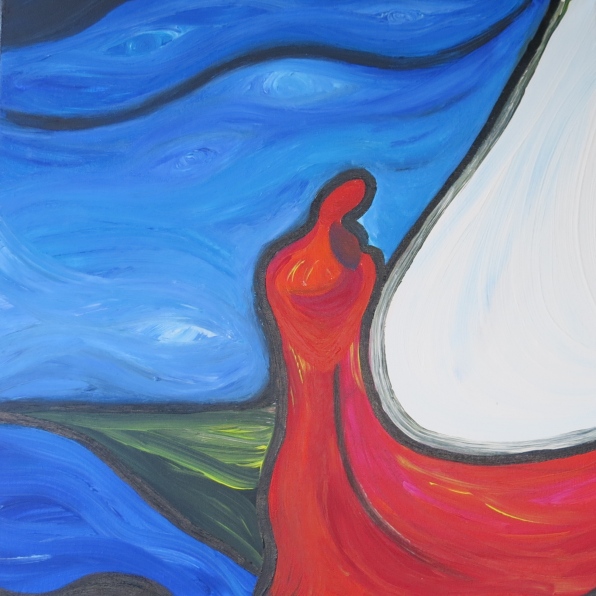 ‘We holiday here every year‘ or ‘Umbrellas on the beach‘. Comprises Red, Blue, Yellow, Orange, Green and Pink Umbrella’s’.  The inspiration for this collection came from a conversation with an couple I met on the beach who told me that they had been coming on holiday to the same spot every year for 30 years. First as a newly married couple, and then over the years with their family as it grew to include grandchildren and great grandchildren.  I felt they had left their imprint on the beach which I represented in the umbrellas, and, as they explained how some of the memories were stronger than others. I also used the changing colour and  fading imagery, to represent their fading memories. 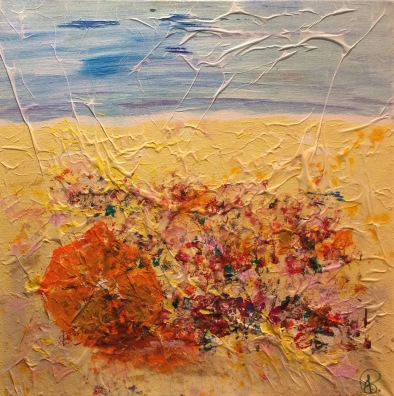 ‘Wave in Exile’ is a series of 3 paintings that utilises the movement and power of the sea as a metaphor to express the uncertainty and isolation felt by those caring for loved ones with dementia and Alzheimers.  Made over a period of two years when the artists parent was slipping further and further into Alzheimers.  1, 2 and 3 express the changing nature of that journey.

Wave in Exhile 2, was donated through Thompson Snell and Passmore solicitors for auction. With all proceeds to the Alzheimers Society UK.

The Three paintings in the series were created over a two year period using Acrylic, Oil and Gold Leaf on Canvas. The colour and gold fragmenting through the changing wave is illustrative of the changing nature and fragmentation of the many layers of life and memory: