‘Gilded dry stone walls’:  When researching this work I discovered that the stone used in these walls is forest marble.  Once covering the sea bed, they formed over millions of years.  If you look closely there are many small fossils encrusted in them.  Fascinated by the idea of these stones forming through sand deposits layering them up over time I dug a little deeper and discovered that Marconi discovered tiny amounts of gold in sea water.  My thinking behind this project was to make visible the traces of gold and allow them fade and be weathered away over time. Further, the gold attracting the eye drew those who saw the gilding on the walls to look a little closer at the real fossil treasures captured in the stone. 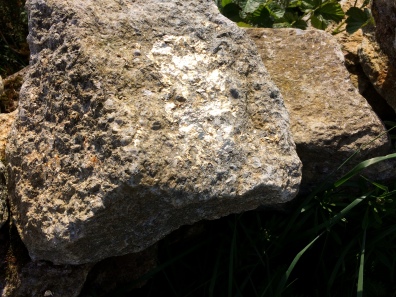 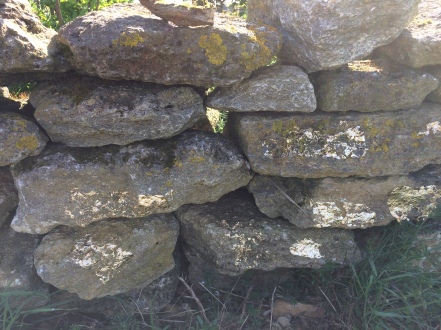 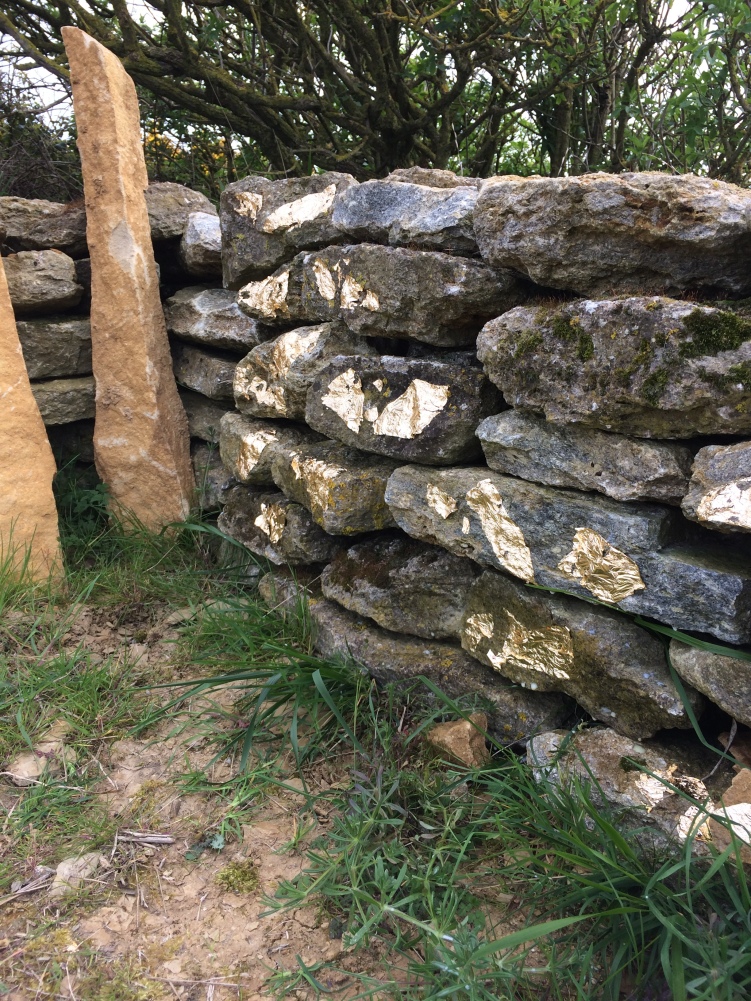 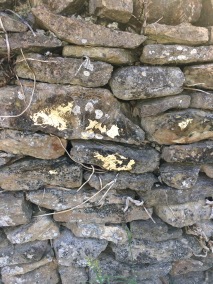 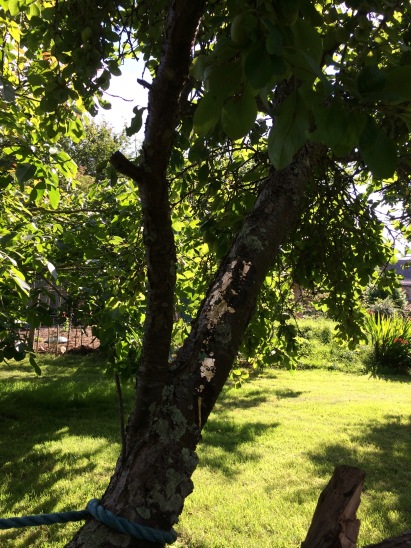 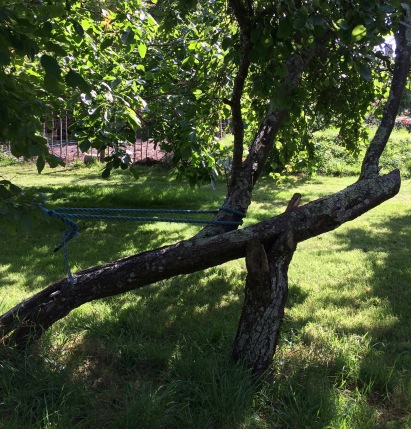 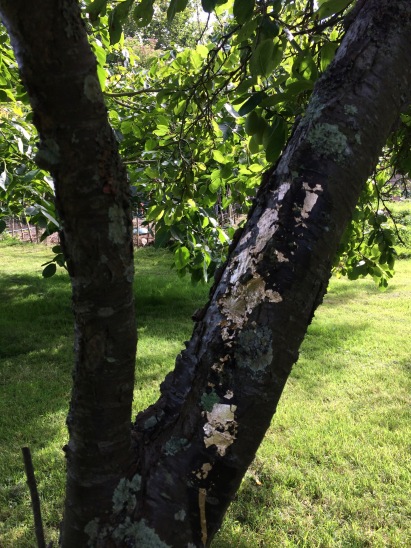 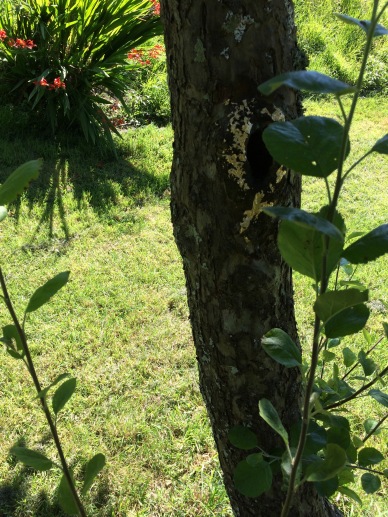 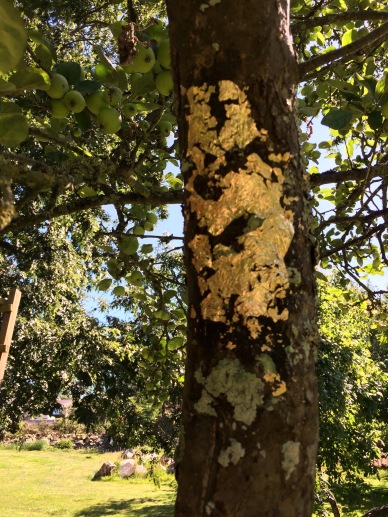 Weaving shapes against the fading light:  I made this in response to watching nesting birds busying themselves making a home to raise their young.  Its by no means a nest, but I was aware of myself sketching a pattern with the vine material against the sky. 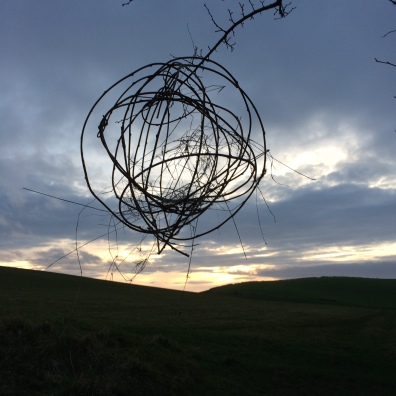 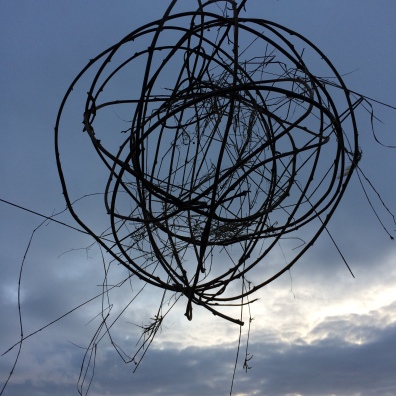 Portland stones: This came about when I was researching chesil beach stones.  how the stones are large at the Portland end of the beach and gradually get smaller as you travel down the beach to West Bay.  It is said that the smugglers, on a moonless night could tell where they were on the beach by feeling the size of the pebbles.  I dont know how true that is but the diversity of type is what inspired me to make this while at the Portland end of the beach.

I made this hanging leaf piece while exploring movement and shadow for another project.  Every year I am struck by the changing colour of the virginal creeper and how it takes just one week to go from green to bare stem.  The plant essentially sheds its leaves and rests for the winter.  I made several hanging and ground pieces, which I then filmed. below are two still images, on the left one of the hanging pieces and on the left one of the ground pieces.  With, below them two films. 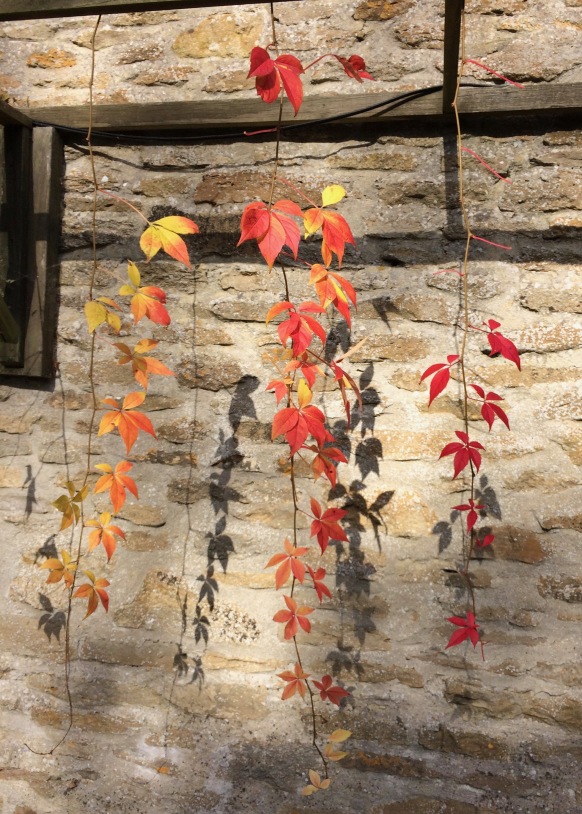 Below: a mole hill, worm and autumn leaves, which I shaped into a sun flower.

Sometimes the act of making can be very spontaneous, like below.  While walking on the beach there was lots of sticks that had been washed up by the tide.  There was a dog playing by the sea and the correllation between dog and stick was too prevalent to ignore.  Also, as I placed the sticks, I was aware of the depth of field I was generating:

Struck by the wind blown autumn leaves and the whiteness of the sky.  Here I’m simply catching the autumn leaves on a washing line.

Below:  ‘Toxic Spiral’.  I used ragwort which is toxic if eaten by some animals. Old farm post and partially rusted barbed wire. 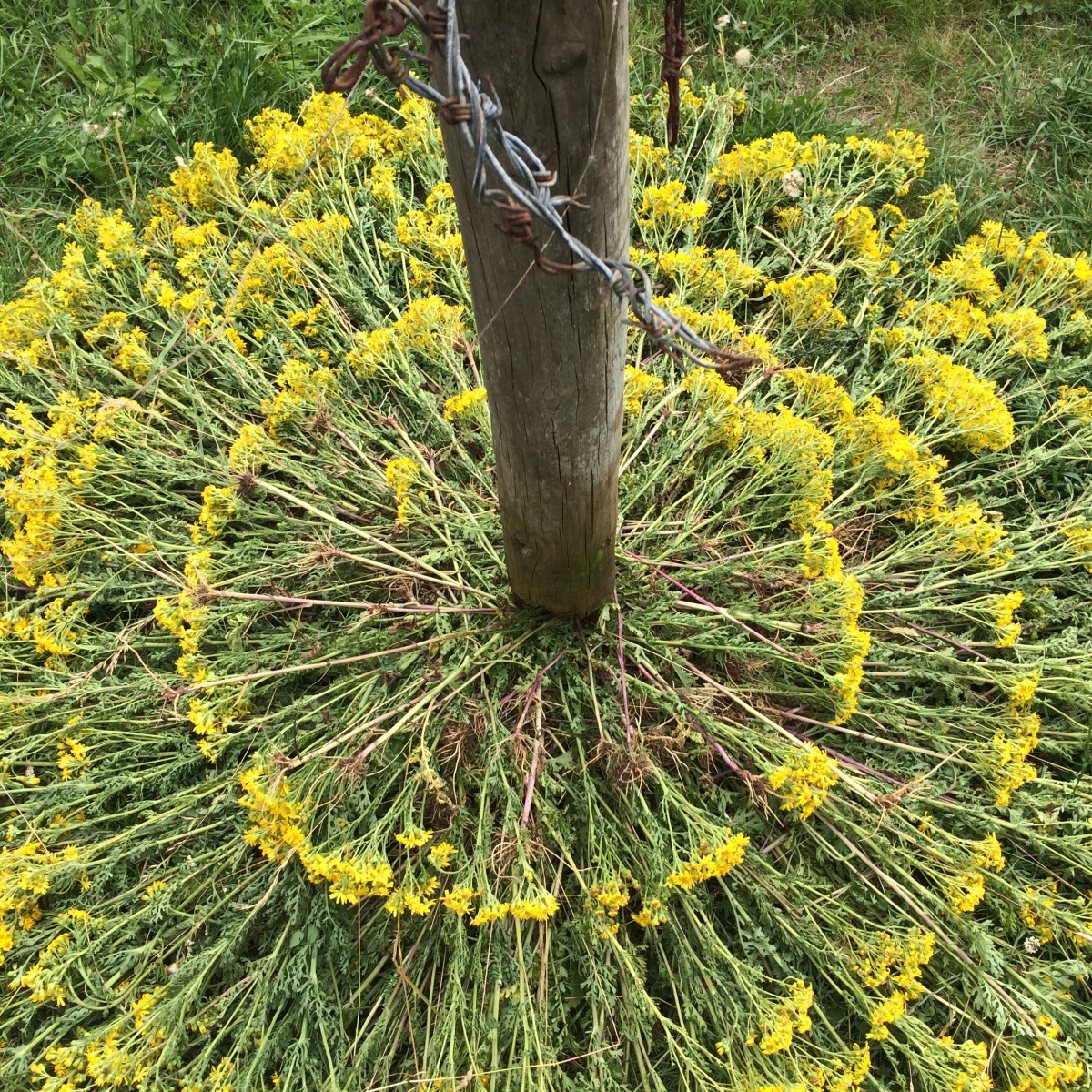 Below: Having done some research into longshore drift I was inspired to make these beach pieces.  The glass pieces once sharp had been worn smooth by the waves and. 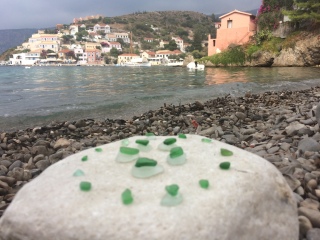 I was looking into the history of barbed wire, and how its introduction changed the farmed landscape.  Particularly in the United States, where farm owners could use the material to fence off their land and hold livestock within their property, alongside, establishing territorial boundaries: 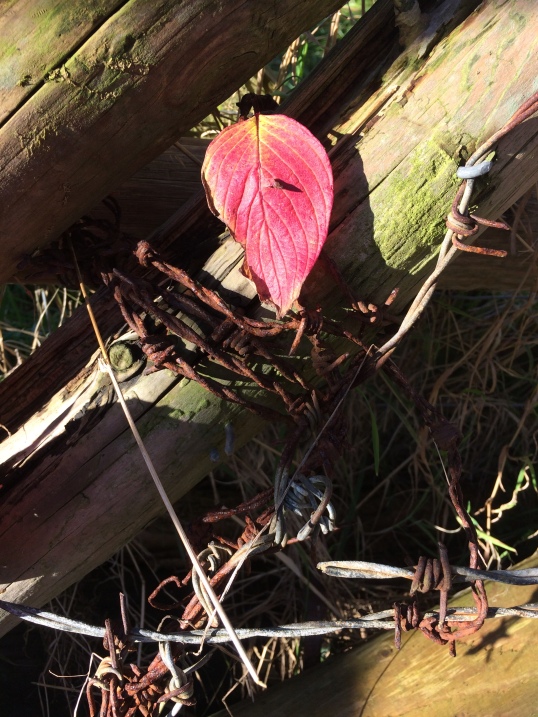 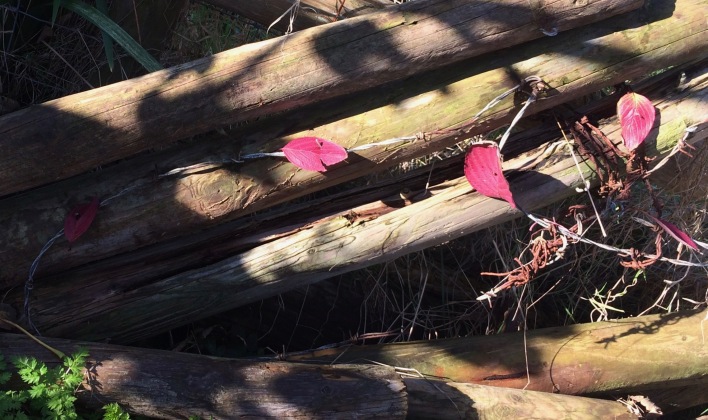